letter details
narrow or wide: more wide
all strokes the same: no, not at all!
capitals or romans: capitals
bold or light: bold
cursif or upright: upright
similars in Rotterdam: no, see also Blijdorp 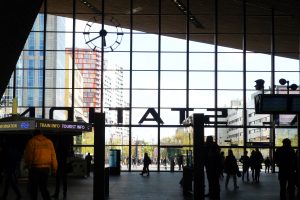 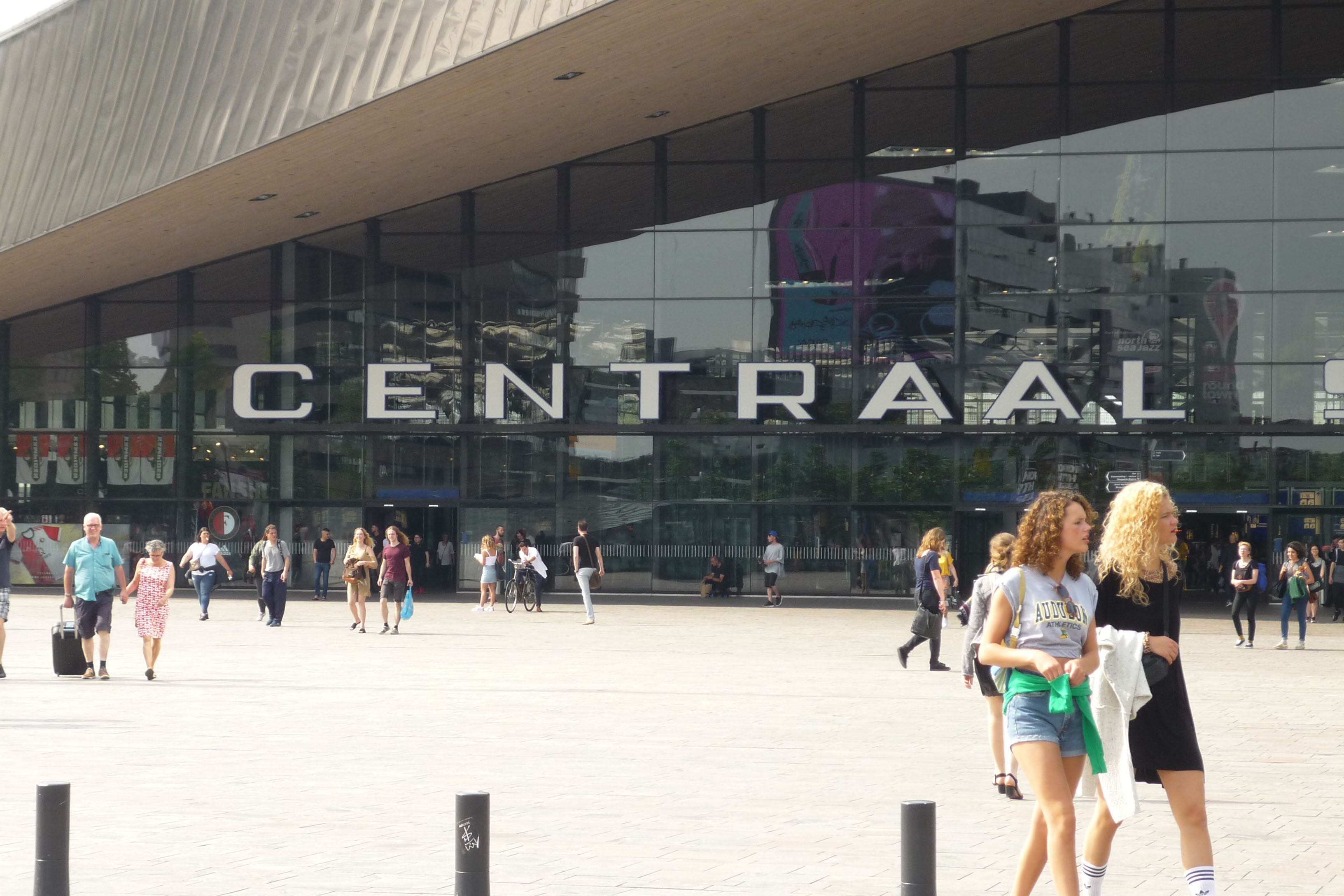 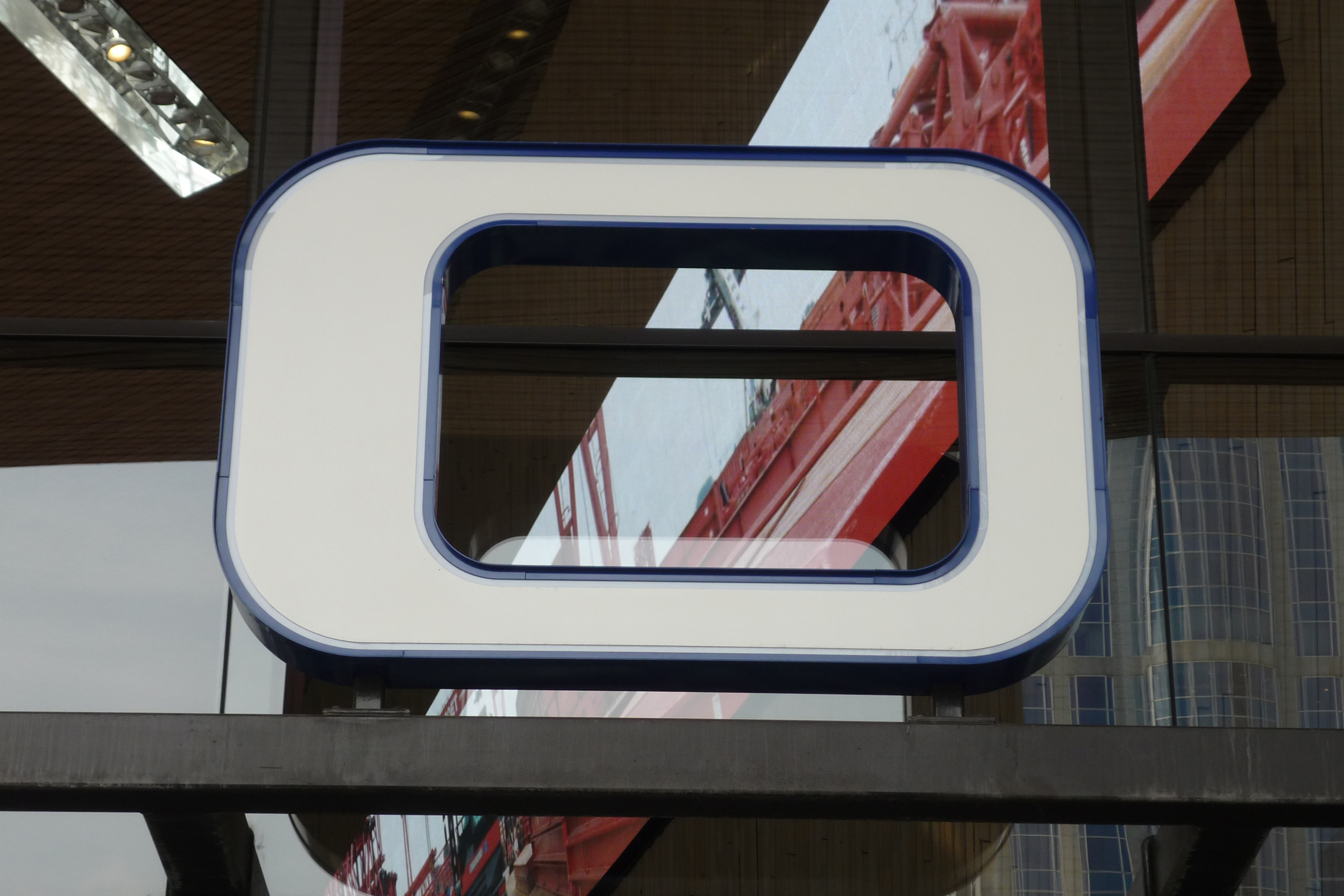 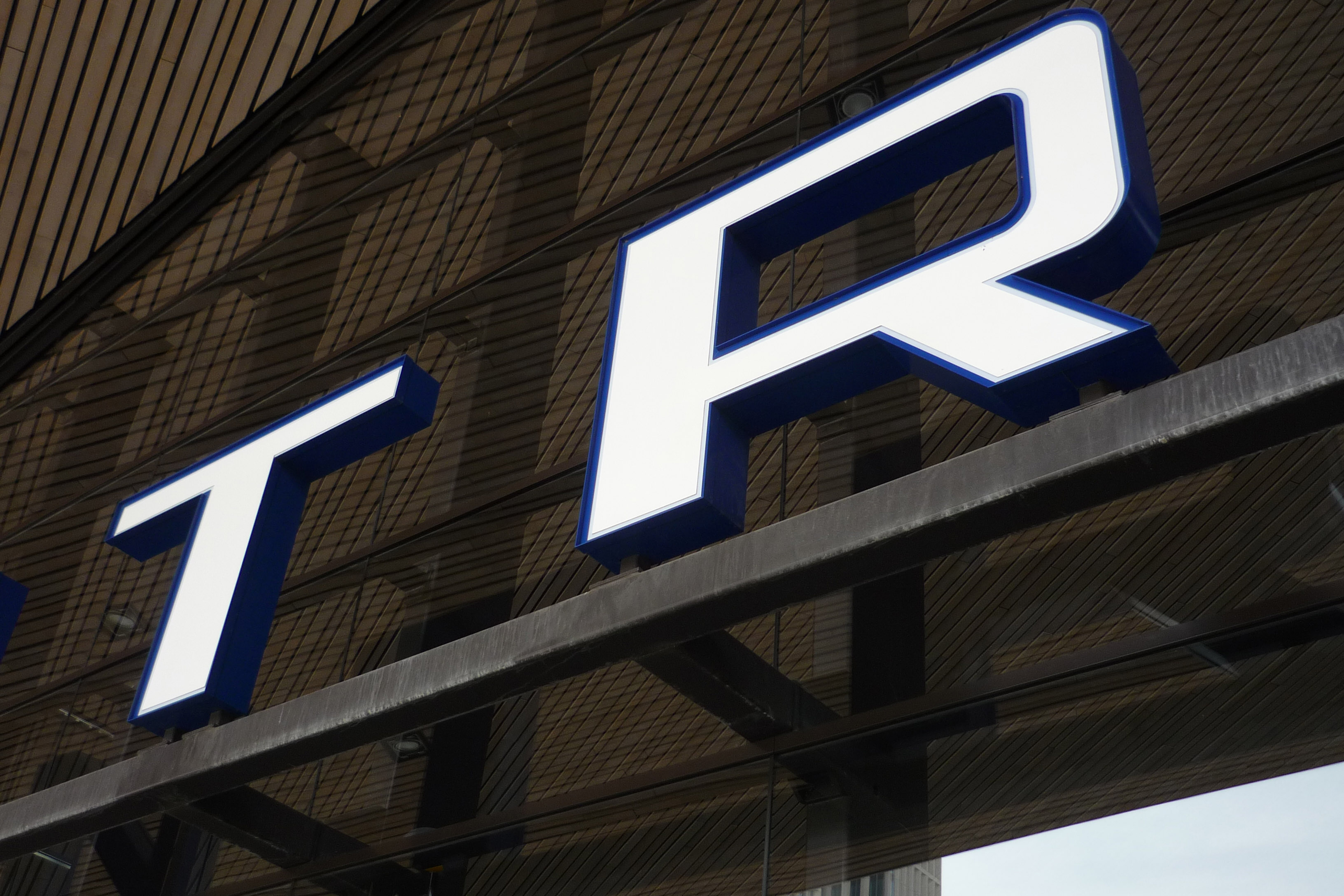 SIGN
Growing up in Rotterdam, Centraal Station was very familiar to me and when it was torn down, I could not believe anything better could be built instead of the beautiful original by Sybold van Ravesteyn. However, now I’m commuting between Rotterdam and The Hague by train and experiencing the new station regularly, I’ve started to like the new building with its the huge, triangular entrance, its cleverly folded shapes and faceted interior ceiling.

The blue letters CENTRAAL STATION on top of the old station, also designed by the Architect Sybold van Ravesteyn and realised in 1957, as well as the clock were all removed from the old building and carefully placed in a storage of PRORAIL in Schiedam during the construction of the new station. In June 2011 was discovered that some of the letters were stolen: three A’s, the I, one N and one S were missing. The theft would not have been an easy task, the letters were 50 kilos each and 1,50 meter tall. It is assumed that they were sold as metal scrap.

Four months before demolition started on 16 january 2008, the industrial designer Peter Hopman (Bureau Lakenvelder) switched the letters of sign CENTRAAL STATION into TRAAN LATEN (to weep). There is a the video on youtube of this event. Before, the artist Onno Poiesz had already stickered the glass facade with orange and white stickers forming the word EXIT.

All letters were remade in the same shape and colour, this time with LED instead of neon, and placed on the facade of the new station in January 2013. Is was Bas Neon who got the commission to make the new letters. Marcel Roovers from Bas Neon told me that to do the right kerning, they looked at old photos for the best possible result. Please note that the letters are placed detached from the facade on a simple metal beam.

type
In his biography on Sybold van Ravesteyn, Kees Rouw claims that the letters are part of the Eurostille family, designed by Aldo Novarese. This seems not very likely by the fact that Eurostille has been designed in 1962, eight years after they started building CS (in May 1954) and on the final design drawings (archived at Het Nieuwe Instituut) the sign Centraal Station is already drawn. This drawing has been published in BOUW on 10 december 1960. An earlier version of this type, Microgramma, also designed at the – at that time – very famous Nebiola Type Foundry in Torino is not possible either. You only have to look at the “o” or “s” to see that they do not match.

The letters don’t have identical strokes, unlike for example the letters of the Van Nelle sign, and are all asymmetrical (except for the T and I). See also the well chosen quote by Max van Rooij: “Sybold van Ravesteyn has always surprised and confused everyone. He was an idiosyncratic chameleon doing things his own way and going back and forth between the functional “Neue Sachlichkeit” and the festive baroque”.* 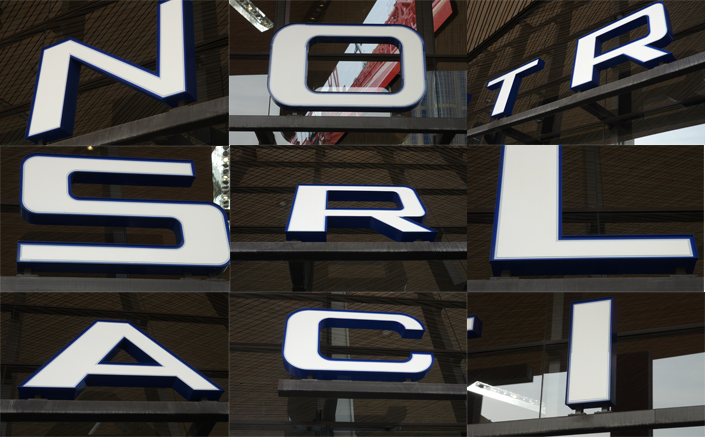 detailing
In the Dutch architecture magazine BOUW of 10 december 1960, J.H.Boogaart, Technical Inspector of the Nederlandse Spoorwegen NV (Sybold has worked at the Dutch Railways from 1912 to 1960) wrote an article about the lighting of Centraal Station** which at that time was very modern and designed in close collaboration with Philips in a process that we would call now R&D. He specifies that Philips was not involved in the making of the signs and gives the exact details of the neon letters. See general info above.

scale
One of the reasons Sybold van Ravesteyn placed such a large sign on top of his station building, was to make the building look bigger and more monumental. For the same reason, he had already added a double strip of windows to the office wings, suggesting four floors instead of two and by making a curved building, tricking the perspective to make both ends look bigger! Great admirer of Italian architecture, fluent in Italian, visiting Italy many times by train (but never visited the Nebiola Type Foundry as far as I know), he follows Italian architects who want their buildings to be beautiful not only during the day but also during the night. See: “De verlichting van het nieuwe Centraal Station” (“The lighting of the new Centraal Station”) by S. v. Ravesteyn in BOUW, 22 June 1959. The sign is also very wide: this to connect and to enlighten the sculptures (that look like speculaasjes, a Dutch word for a special Dutch cookie) on top of both passages on the far left and right sides of the former station. Initially, instead of Centraal Station, the sign was Rotterdam CS. Van Ravesteijn changed it into Centraal Station, for obvious reasons: you can make the word “station” much wider by adjusting the kerning, but not the word “CS”. I’ve not found any correspondence about this name change.

PURFINA gasstations signs
Apart from the sign for Centraal Station Rotterdam Sybold van Ravesteyn placed many sign on his buildings. Unfortunately most of these buildings were torn down during the last decades. Good examples are the signs he placed on the many gas stations he built for PURFINA. In BOUW no. 40, 1 oktober 1960 Sybold wrote: “Gasstations are colourful eyecatchers with their neon signs and emblems. They give harmony and a finishing touch to the modern landscape”. On the Purfina gas station in Arnhem (a national monument, one of the few still to be seen) he says to have placed the name and the emblem diagonally to the road for optimal visibility. And for Rotterdam Kleinpolder train station, he tells us in the same article that he had to make the letters much taller (1.80m tall) because of the distance of the station from the road.

NEW CS ARCHITECTURE
It was Jo Coenen, Government Architect at that time, who organised a competition among six architects for a new Rotterdam Central Train Station after the rejection of the initial design for a new station by William Alsop. Alsop’s design with the “champagne glasses” turned out to be too expensive and lacking a good overall infrastructural concept. A new station had become urgent because the passenger tunnel leading to the platforms had become too narrow for the increasing number of travellers, the entire station required a new lay out to facilitate the HSL train and the metro. The Rotterdam architect Rem Koolhaas and his Office for Metropolitan Architecture (OMA) almost won this competition but their roof design was considered too complicated. Instead, Team CS composed of Benthem and Crouwel Architects, West 8 and MVSA were assigned to realise not only the station building itself but also the surrounding infrastructure.

concept
Unifying idea was to build one huge and monumental roof over all tracks including the hall, part of the station square, offices and commercial areas to make the Rotterdam Central Station become one of the main HSL entries to The Netherlands. Below the square in front of the station a bicycle garage for 5.200 bikes is nested with a six stories deep parking garage across the street. On top of the station, solar panels on a surface as big as a soccerfield supply the required energy.

entrance Provenierswijk
At the rear entrance one can find the logo of the NS and the sign Rotterdam. It has not been designed by Sybold van Ravestey but has been newly made by Bas Neon.